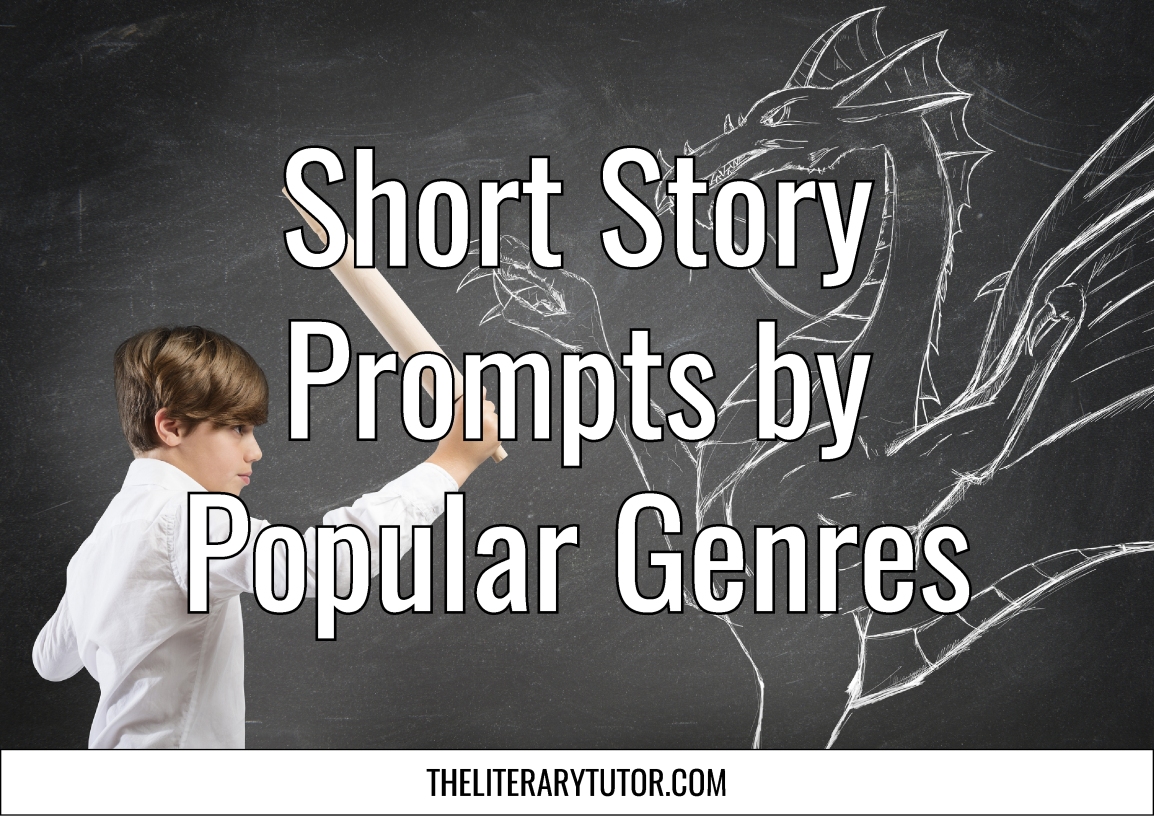 Following suit from my previous post about How to Write an Epic Short Story, the makings of a great story must have a plot structure, beginning, middle, and an end. Today, we’ll be breaking down another key component to writing a memorable short story: choosing a genre.

Genre is a type of literature characterized by a specific style, form, or content. There are a variety of genres throughout literature, and here are some of the most popular ones:

A Romance is typically about the relationship between two people. It develops through infatuation, courtship, love, and even heartbreak. Most classic Romance stories focus on keeping two people apart; however, at the end, they eventually end up together.

PROMPT: Two people meet at the airport and fall in love over their love for travel.

Science Fiction stories can be set in either the past, present, and future. It can even take place in other dimensions. It highlights scientific ideas and concepts. Some stories feature two worlds: reality and an alternate dimension. Many science fictions have sub-genres like science fantasy, artificial intelligence, and apocalyptic and post-apocalyptic fiction.

PROMPT: In a multidimensional universe, there is an alternate dimension of “The Upside Down” where demonic creatures threaten the human world.

Horror stories are normally scary and elicit fear, shock, disgust, and uncertainty. It depicts a protagonist normally escaping from an antagonist. There are five categories of horror: ‘Gore’, ’Psychological’, ‘Killer/Slasher’, ‘Monster’ and ‘Paranormal’.

PROMPT: A new couple moves into an old and dreary neighbourhood and are invited to their neighbour’s Halloween party. However, they turn out to be vampires.

Fantasy is a genre that is set in a fictional universe. The characters can be mythical or inspired by folklore. Unlike Science Fiction and Horror, there is a sense of wonder and excitement throughout a Fantasy story.

PROMPT: A wizard who lives in a magical castle is challenged to beat a villain.

Comedy is one of my favourite genres. It elicits humour and laughter throughout its plot. Some well-known types of comedies are satire, parody, dark comedy, fantasy comedy, and romantic comedy.

A Tragedy narrates events that lead to an unhappy ending for a main character or someone close to them. Sometimes, tragic stories will have you contemplate your life in many ways—for better or for worse.

PROMPT: A young woman loses her husband in a car accident.

Alongside Comedy, Action is another one of my favourite genres. This type of fiction is centered around exciting events and suspense. In an Action story, there is typically a conflict between the protagonist and antagonist that is usually resolved.

PROMPT: A marine becomes involved in a heist to identify a highly-skilled group of automobile thieves.

The heart of a Mystery revolves around a solution to a problem or a crime. The crime happens at the beginning of the story, and after investigating by means of clues and deduction, the solution is found.

PROMPT: Deep within the forest, an ex-cop finds an underground bunker with armored weapons, a vault, and security cameras.

So, there you have it! I hope my list of popular genres have inspired you to write your own Romance, Mystery, or Comedy. Stay tuned, as our next post will be featured by Charmaine and will focus on more specific themes in literature.

Do you have any more genre-inspired prompts that you’d like to share with us? We’d love to read them in the comments below!

We are English tutors helping students ignite their imagination through reading and discover their unique voice through writing. View all posts by The Literary Tutor

One thought on “Short Story Prompts by Popular Genres”

LET’S READ TOGETHER ON GOODREADS!